Dragon Ball Super Chapter 65 has been released just a while back and it was a very controversial chapter. You can read the official English translation of the chapter for free at MangaPlus, their official website, and the app. A lot of spoilers were leaked early and people were getting mad seeing some developments due to Goku’s decisions. Well, we have the whole chapter now so let’s see what actually happened!

The chapter starts with Goku telling everyone that he is gonna fight as an Earthling now and not a Galactic Patrol member anymore. Goku gives Moro a senzu bean with the condition that he will go back to the prison and never cause trouble.  Moro says yes and takes the senzu bean to heal himself. Moro takes no time to turn on Goku but literally, Goku’s chest muscle breaks Moro’s arm when he tries to punch Goku. Goku then tells Moro that he could turn even stronger if he actually trained instead of eating planets. Everyone is asking Goku to finish him off but Goku insists that he wants to talk a bit longer. Moro notices that his arm that copied Merus’ abilities is still intact and he grabs it thinking he can now copy Ultra Instinct. 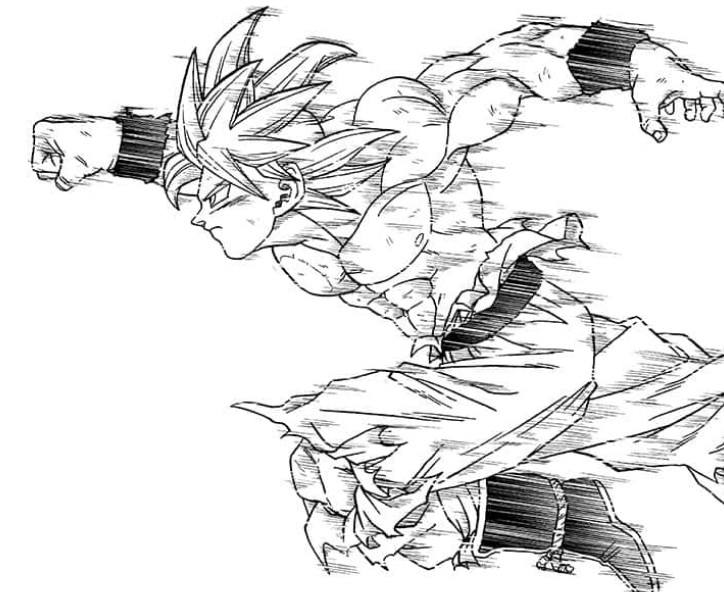 Goku and Moro start fighting and Moro has powered up tremendously. Whis teleports Krillin and Jaco as to save them. Moro is trying to use all of his power but the angel power is not acting as intended. Whis says that it is not so easy to contain that power. Moro gets angry and throws a frenzy when Goku starts to lecture him. Whis suddenly interferes and tells Goku to finish him off right now. As Goku goes to deal the finishing blow, it turns out that Moro has merged with the Earth itself. Whis explains that to contain the angelic powers, he’s made the Earth into his own body. If they kill Moro, Earth will be destroyed and possibly the whole galaxy. What will Goku do now!?