The latest chapter Dragon Ball Super Chapter 63 was just released, and it was a pretty emotional chapter to me! The official chapter is out for free at MangaPlus, their official website, and the app. The leaks pretty much released a lot of spoilers for this chapter and potentially for the next chapter as well! Let’s look at the summary of the chapter without any more delay. There will be many things revealed down below so get ready to be surprised.

So the chapter starts with Merus interrupting the fight. Moro is suspicious as he suddenly cannot sense his ki and doubts that he’s a godly being. It seems like Whis carried all the fighters away from Moro so that Dende can heal them. Beerus is cribbing that they keep doing them favors as they don’t want the Earth’s food to disappear. Beerus then notices that Merus is not with them and he asks Whis if he left him there on purpose. Merus keeps fighting Moro while Dende finishes healing Goku.

Goku goes to the battlefield immediately and stops Merus as if he fights any more, he will cease to exist. Goku tries to fight but is defeated again easily. Merus then starts using his Angel powers to seal Moro’s copying ability. Beerus and Whis detect this and tries to go back to stop him before it’s too late. Merus manages to seal Moro’s power by destroying the crystals but he is getting more transparent with each passing second. 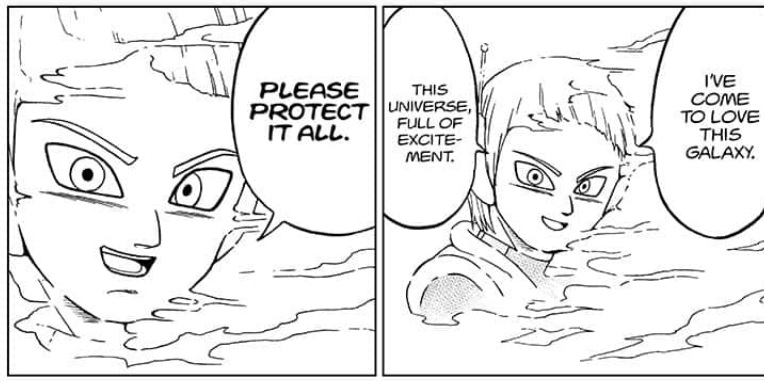 It’s already too late. Merus reassures Goku that he can unlock Ultra Instinct and he believes that he just needs one last push to pull it off. He also tells him that once he does that, no mortal would be able to stand against him. He departs asking Goku to save this universe that Merus fell in love with while working in the Galactic Patrol. He developed a sense of justice even though he should have stayed neutral. 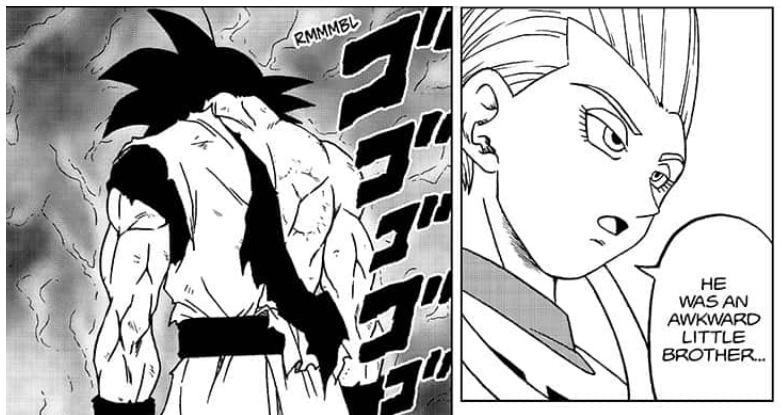 Then Merus simply disappears. We do not know if he’s erased for good but it seems like he won’t be coming back anytime soon. Whis is also a bit disturbed as he calls Merus awkward while watching him disappear. This has put a deep effect on Goku. It’s just like how Goku lost Krillin and others on Namek. Is this the last push he needed? The emotions of losing someone he can never bring back because he wasn’t powerful enough? Will this unlock Ultra Instinct for once and all!? We will know in the next Dragon Ball Super chapter!